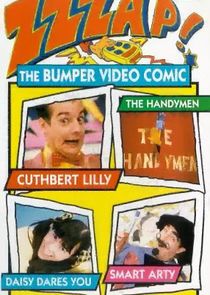 ZZZap! was a British children's television comedy programme. The concept of the show was a giant comic that has been brought to life. The show ran from 8 January 1993 until 21 September 2001, and was produced by The Media Merchants and Meridian Broadcasting. A spin-off titled 'Cuthbert's Diary' was also produced.