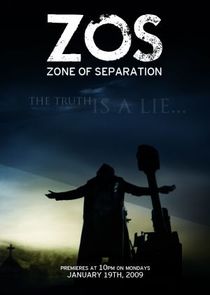 Eight-part drama series about the struggle of peacekeepers trying to enforce a ceasefire in the fictional, Sarajevo-like town of Jadac. Each episode follows the tortured jockeying for influence and advantage by the town's protagonists - unarmed U.N. Military Observers (U.N.M.O.s), armed U.N. soldiers, Christians and Muslims. ZOS: Zone of Separation honours the absurdist reality of living in a violent Zone of Separation; as well as the real costs to the peacekeepers dropped in to police it. Hope is possible in ZOS and it is prized - but it's always hard-won.

An 8-part drama mini-series about the life and death struggle to enforce a U.N.-brokered ceasefire, as peacekeepers face the harsh reality of living in today's hot spots in many parts of ...

1x4: Waiting for the Imam