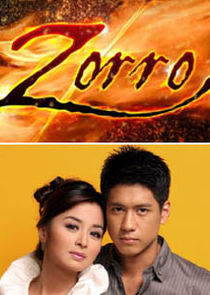 Zorro is a 2009 Philippine television series produced by GMA Network. It is an adaptation of the Zorro property created by Johnston McCulley, initially based on the novella The Curse of Capistrano. It stars Richard Gutierrez and Rhian Ramos. The series began airing on March 23, 2009 and ends on August 7, 2009.