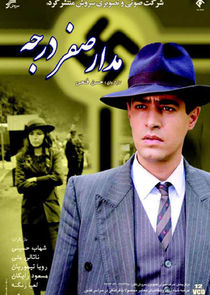 Set in the time of the Second World War, Zero Degree Turn follows the life of an Iranian student named Habib Parsa who travels to Paris to study. There Habib meets a French Jewish woman named Sara Astrok, a student at the same university. At first antagonistic toward one another, Habib and Sarah eventually fall in love. They run into many problems, including persecution by the Nazis and by Sarah's Zionist uncle, but are united in the end