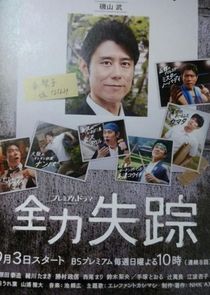 Isoyama Takeshi, who is a contractual employee at a company, gets informed by his employer that he will be on a perpetual contract and he has no hope of being converted to a permanent employee. At home, he is belittled by his wife Seiko and his 12-year-old daughter Nanami. To make things worse, the secret real estate investment he made without the knowledge of his wife turns out to go against hisexpectations, thus, causing him to be stuck with increasing interest payments which he can't make. When he meets a mysterious old woman, he gets the idea to make himself "disappear" for 7 years so that he can be declared legally dead and restart his life.