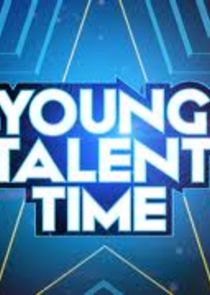 Network Ten and Granada Media Australia - in conjunction with Johnny Young and Johnny Young Music - are the producers of the all-new version of Young Talent Time. Taped before a live studio audience at Fox Studios in Sydney, the 18 episode series debuted on Network Ten across Australia at 6.30pm on Sunday 22 January 2012. Hosted by former Australian Idol 2003 contestant Rob Mills, 2012's YTT features a regular Young Talent Team (of 10 members), performing a couple of group numbers each week, with one Team Member featuring in a solo spot each episode, to showcase their individual talents. And each weekly episode features four young contestants (or acts) under the age of 16. These solo performers, duos, groups, etc, may be singers, dancers (ballet, hip-hop, tap, jazz, etc), musicians, sight acts, illusionists, comedians and so on.

Young Talent Time was produced in Australia by Television House and Johnny Young, for the 18 years. It was a show only intended for a 13 week run, but ended up being a success.