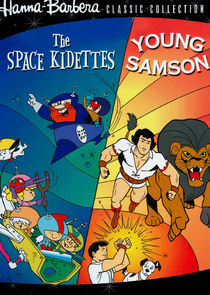 Young Samson is an animated show from the 1960s about a boy and his dog who could transform into super-powered versions of themselves to fight evil. Whenever the boy touched his gold bracelets together and said, "I need Samson power!" he became the biblical strongman Samson, and his dog became the super lion, Goliath. Instead of dealing with Delilah and the Philistines, they battled modern villains and monsters.

A boy and his dog are endowed with awesome powers to fight evil.

Thing from the Black Mountains

1x20: Thing from the Black Mountains

1x13: The Lost City of the Dragon Men