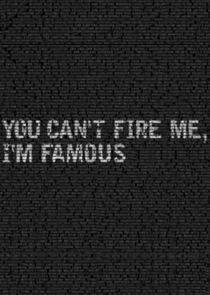 You Can't Fire Me, I'm Famous! is a series delving deep into the lives and turbulent careers of famous faces. They may have been fired, walked out or driven out, but each was at the centre of a high-profile sacking scandal.

Donny Osmond tells Piers Morgan about his career struggles. As a teen idol in the early 1970s, Donny had the world at his feet. But less than 10 years later, his squeaky-clean image had become a liability. HisTV show was axed, his record label dumped him and he was humiliated on Broadway. Donny describes this period as his 'lost years', and in an emotionally charged interview recounts the professional rejection, his lost childhood and the financial turmoil that he has had to overcome.