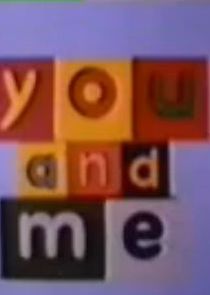 You and Me is a BBC television programme for pre-school children broadcast from 1974 to 1995. It aired on BBC 1 from 1974-1983 & on BBC 2 from 1983-1995. The programmes consisted of various segments intended to educate and entertain young children and included elements for early literacy and numeracy. The first episode, called "Moving house", was broadcast at 10:45 am 14 January 1974 on BBC1. The series' original intention was to teach children safety, reading and emotional well being. The show featured a mixture of human actors and puppets. Originally it featured the actor Tony Hughes as Herbert The Handyman, along with the puppet characters Mr Bits and Pieces and Purrfecta the Cat.

What's in the Box?