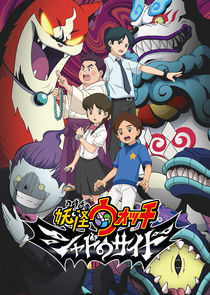 Keita grew up, and became unable to see Yo-Kai anymore. His duty was completed, and the watch was sealed away. 30 years later, Yo-Kai begin to act up again, and his daughter Natsume is chosen as one of the few successors to the Yo-Kai Watch. Natsume's younger brother, Keisuke, is a fifth grader who does not believe in ghosts, UFOs, or even Yo-Kai. Lately, he has noticed that Natsume has been coming home late, and one day decides to tail her. When he discovers that Natsume goes to a Yo-Kai detective agency, Natsume is forced to involve Keisuke in her activities.