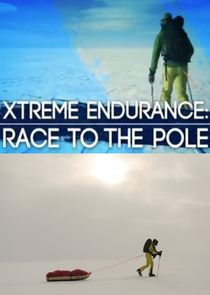 Former Welsh international rugby player turned adventurer, Richard Parks takes on a series of epic endurance events in preparation for a world first attempt in Antarctica. Richard's dream is to become the fastest ever unassisted person to ski to the South Pole.

Richard is no ordinary adventurer, as a natural competitor he is on a quest to explore the limits of his endurance. He travels the world to undertake the most arduous physical challenges known to man, events that take place in some of the most remote and unforgiving parts of the planet. Starting in Nepal he'll race at altitude with some of world's best mountain bikers, in the Yak Attack. Then he travels to the Peruvian Amazon for the Jungle Ultra a six-day monster multi-marathon race. Next he heads home to north Wales for a double ironman event, (cycling, road biking and running) it's called The Brutal for a good reason. And finally he heads south to Antarctica, the most hostile environment in the world, for his race to the pole.

These events will test Richard to the max, both physically and mentally. And will redefine our understanding of the physical capabilities of the human body.