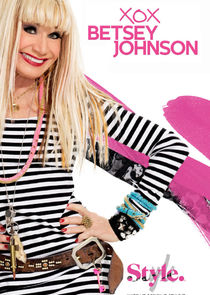 For years, iconic designer Betsey Johnson has led the fashion community with her fabulous, eclectic styles, and she now gives viewers unprecedented access to her fascinating life. With her daughter and muse Lulu Johnson by her side, Johnson is focused on reinventing her brand under Steve Madden after filing for bankruptcy and closing all her stores. Johnson and her daughter have always worked together to expand Johnson's fashion empire, but the pressures of their business relationship have created a co-dependent, sometimes strained, mother-daughter relationship. Meanwhile, Lulu Johnson is having her own metamorphosis, looking to step out of her mother's shadow and create her own fashion line. Surrounded by a cast of characters, including Brandon, Johnson's right-hand and personal assistant, and Lulu's outspoken best friend Angela, Johnson takes fans on an exciting ride through her world.

1x6: Biggest Show of My Life

1x3: Right Hand for the Job