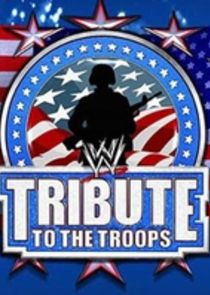 WWE Tribute to the Troops is an annual event held by WWE and Armed Forces Entertainment in December during the holiday season since 2003, to honor and amuse United States Armed Forces members serving in Iraq and Afghanistan. WWE wrestlers and employees travel to these countries and interact with troops for at least three days, visiting military camps, bases and hospitals, including the Walter Reed Army Medical Center and Bethesda Naval Hospital. WWE then holds a free wrestling show for the troops, which it later airs along with videos of troop interaction and messages from soldiers to their families and friends at home, in a televised program of the same title.