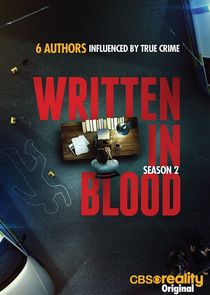 Crime novelist Simon Toyne investigates some of the darkest real-life crime stories which have inspired pieces of crime fiction.

Sophie Hannah takes Simon to Nottingham to explore the murder of 16-year-old Collette Aram in 1983; an investigation which saw police interview over 20,000 people, and which became the first ever case to be featured on TV's "Crimewatch". The case left authorities scratching their heads for decades, until it was cracked open by DNA profiling in 2009, when the killer's son – who hadn't even been born at the time of the crime – was arrested for a driving offense. It is an example of the real murder mysteries that fascinate Sophie and inform her writing; how they can leave entire communities guessing and fearing the worst.