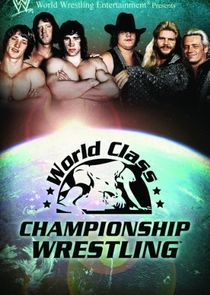 World Class Championship Wrestling (WCCW) was a regional professional wrestling promotion headquartered in Dallas and Fort Worth, Texas. Originally owned by promoter Ed McLemore, by 1966 it was run by Southwest Sports, Inc., whose president, Jack Adkisson, was better known as wrestler Fritz Von Erich. Beginning as a territory of the National Wrestling Alliance (NWA), it went independent in 1986 in a bid to become a major national promotion, but was unsuccessful in its attempts and eventually went out of business in 1990. Rights to the pre-1988 WCCW tape library currently belong to WWE (the post-1988 rights are owned by International World Class Championship Wrestling).

World Class Championship Wrestling was a member of the NWA and was originally known as Big Time Wrestling until 1982, when Adkisson decided that the name of his federation needed to be changed. Mickey Grant, who headed the production of its telecasts, suggested the name World Class, and from there, the rest was history. WCCW operated its enterprise in Dallas, Texas and held wrestling events at the Reunion Arena, and mostly at the famed Sportatorium, located just south of Downtown Dallas, which was also a well-known boxing and wrestling arena as well as the one-time home to the famous Big D Jamboree.

Storylines during this time followed a consistent theme of friendship and betrayal, with many of the top villians being first presented as friends to the Von Erich Family, only to betray them months or even years later. Weekly wrestling shows were staged there on Tuesday nights until August 1978, then were moved to Sunday nights until the early '80s, and finally were held on Friday nights until the promotion's demise.

WCCW's syndicated show was usually taped at the Sportatorium beginning in 1981, with two hour-long shows being recorded every other Friday. These telecasts were, in the beginning, seen in only a few markets and were hosted at various times by Gene Goodson, Steve Harms, and Marc Lowrance; when the show was taken over in 1982 by Continental Productions (a subsidiary of local station KXTX) and went to international syndication, well-known north Texas journalist/sportscaster Bill Mercer (a former play-by-play announcer for the Dallas Cowboys, Texas Rangers and Chicago White Sox along with other Texas-based teams) became the ringside announcer at the Sportatorium. For a few months he co-hosted with Jay Saldi, and by 1983, hosted the hour-long program alone, with Lowrance filling in for Mercer from time to time.

The Fantastics face The Grappler and Eric Embry in the main event. Plus, the Dingo Warrior defends the Texas Heavyweight Title and more!