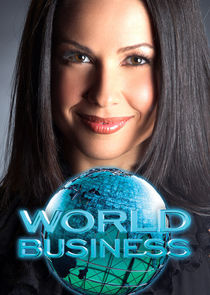 World Business was a weekly half hour features program on CNBC presented by Raya Abirached. The show covered recent trends in global business, technology, luxury markets and the business of sport. The program aired in Europe on Friday nights and in Asia on Saturday mornings. World Business was cancelled after it was revealed that the show's production company was doubling as a public relations firm for Malaysian politicians, including Sarawak Chief Minister Abdul Taib Mahmud. The Sarawak Report, a blog run by Clare Rewcastle Brown, reported that FBC Media had been receiving payments from Malaysian politicians in return for positive coverage, including carrying puff pieces on the program to improve Taib's international image.