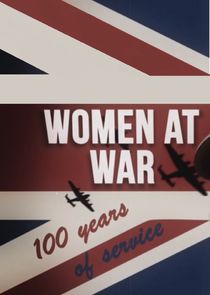 To mark a century since women first took on roles alongside men in the armed forces, five celebrities with a connection to the military experience how things have changed in the years since.

EastEnders actress June Brown relives her wartime experience in the Wrens and takes the wheel of a patrol ship as she discovers what life is like for women serving in the Royal Navy.

Broadcaster Nicky Campbell finds out how his mother helped take on the Nazis, and there is a proud moment for his family as her wartime service at last gets official recognition.

Poet Pam Ayres returns to her role in military intelligence in the Women's Royal Air Force in the 1960s, while actor Edward Fox explores the crucial jobs women like his aunt Mary did on the home front, helping feed the nation by volunteering for jobs on farms.

Dame Kelly Holmes achieves an ambition impossible during her time as an army physical training instructor, as she takes command of a Challenger 2 tank.