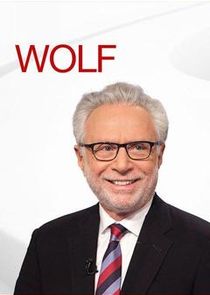 A makeover of the "CNN Newsroom" weekday programming block has rebranded the early-afternoon hour with a new name and simultaneously recognized the man many consider the face of CNN's news division. Longtime anchor Wolf Blitzer, who joined CNN in 1990, now has his name attached to this hourlong show based in Washington, D.C Wolf, which keeps viewers updated on issues in the nation's capital and breaking stories around the world. Blitzer also anchors ``The Situation Room'' later each weekday afternoon.

Wolf Blitzer discusses issues in the nation's capital and breaking stories around the world.