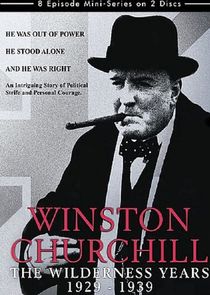 The series focuses on the decade from 1929 to 1939 during which Winston Churchill was out of power and out of favor. During that time he attempted to make his colleagues and countrymen aware of the Nazi threat to Britain. He comes up against much resistance from fellow politicians Stanley Baldwin, Samuel Hoare and the appeasement polices of Neville Chamberlain. He faces problems not only in politics but at home as well.

The story of Winston Churchill's life between 1929, when he lost his cabinet position, and 1939, when he joined Great Britain's War Cabinet - a period he described as the most difficult in his life.

1x7: The Long Tide of Surrender

1x6: His Own Funeral