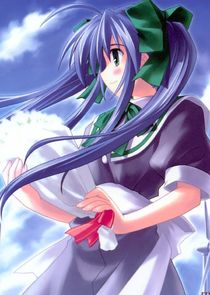 Makoto Okano and his younger sister Hinata return to live in Kazune City many years after they had left. After school one day, Makoto hears a harmonica being played. Following the sound he finds his childhood friend, Minamo Narukaze, who had stayed behind in Kazune City. Their stories, and the mysteries of the city are set to reveal themselves.

1x13: Affection All Around

1x11: Destiny from the Ancient Times

1x7: The Kindness of the Blue Sky

1x6: Courage to Take the Step