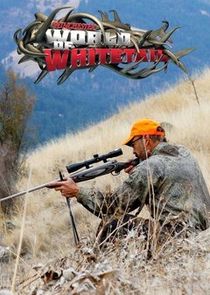 The Winchester World of Whitetail is a hard-core whitetail hunting series with a behind-the-scenes reality look into the life of series host, Ron Spomer. Hailing from a small-town family farming background in South Dakota, Spomer began hunting small game and exploring the natural world as a child. A true self-taught-do-it-yourself hunter, birder, and wildlife photographer, Ron's background enables him to reveal many of the secrets to successful whitetail deer hunting and species biology behind America's favorite big game animal. World of Whitetail vigorously follows Ron as he preps for hunts and gets the inside scoop on his rituals, strategies and tactics that has allowed him continuous success harvesting older, mature bucks.

Allen Treadwell enjoys a target rich environment as he hunts for big deer, management deer, and a Nilgai in this low-fence hunt in Texas.

5x7: Where the Whitetails Hide

5x5: Whitetails in the West

5x1: Building the Future of Hunting