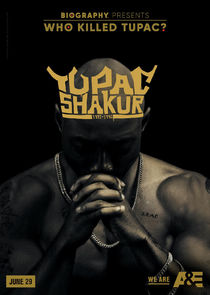 Who Killed Tupac? is a six-hour limited series focusing on the investigation of the death of prolific and influential rapper and actor, Tupac Shakur. Each installment of this investigative series will include aspects from the legendary artist's life as well as follow famed civil rights attorney Benjamin Crump as he conducts a full-scale, intensive investigation into key theories behind his murder.

Crump has represented the families of Trayvon Martin, Michael Brown, Tamir Rice and other victims of gun violence who many believe were denied their due process of the law. When Tupac's mother, Afeni Shakur, who went to high school with Crump's mother, saw that he was fighting for truth and justice for the family of Trayvon Martin, she expressed to him how important that was and that this fight is not just for Tupac and Trayvon, but for all our young black men who didn't get justice. In exploring how Tupac didn't get his due process, Crump seeks to show how it is relevant to what is happening in the social justice movement in America today. It doesn’t seem like Jay-Z’s in a great place, but, let’s be real, who is?

Somethings got Jay-Z in his bag. The rapper works through his feelings on nearly every song on his protégé Jay Electronicas decade-in-the-making debut album A Written Testimony. He confronts the idea of his own death, mourns loved ones, and tries to inspire o… [+2492 chars]