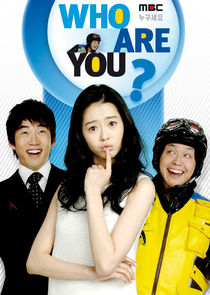 Cha Seung Hyo is an abandoned child who gets adopted in the United States and grows up to be a cold hearted person. Son Il Gun is a father who died, but he left things unfinished with his daughter. In order to make sure that his daughter is provided for he controls Seung Hyo's body for three hours a day for 49 days. He buys his daughter the things he couldn't do when he was alive with Seung Hyo's money. Il Gun's daughter, Young In, is a quick-tempered girl who meets Seung Hyo during her part-time job. At first she has a bad impression of him but she gradually starts to fall for the lonely Seung Hyo who is unable to open up to anyone else because of his bitter past.

Son Il-Geon dies unexpectedly. Worried about leaving his daughter all alone, he's given 49 days to deal with his unfinished business and gets sent back as a ghost that, for 3 hours a day, can possess the body of businessman Cha Seung-Hyo.