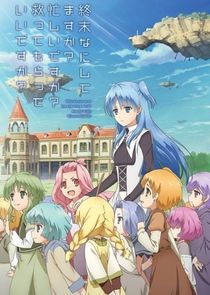 Humans have been driven to extinction by "Beasts". The duty of fighting the Beasts fall to "Fairies", who are destined to use their powers to wield "Holy Swords" called "Kariyon" and eventually meet their destiny of death. A sole human being named Willem wakes up after several hundred years, and continues his fight against the Beasts.

The Happiest Girl in the World

1x12: The Happiest Girl in the World

1x10: The Radiance of the Present Moment

1x9: Even If the Future Became Uncertain

1x8: Someday When the Sun Will Fall

1x5: Everyone, in the Name of Justice

1x4: Those Who Do Not Return, Those Who Keep Waiting