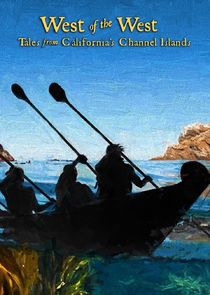 West of the West: Tales from California's Channel Islands reveals the epic human history of our continent's final frontier.

Often called the Galapagos of North America, the eight Channel Islands lie in plain sight of millions of people off the Southern California coast. Yet few know their names or even how many there are. And fewer still know the fascinating tales of those who've lived, worked, discovered, surfed, dived, ranched, wrecked or were rescued on these unique and beautiful islands. Told in 13 different tales.

The dramatic efforts to restore and preserve the Channel Islands. From Eagles guitarist Joe Walsh's devotion to saving Santa Cruz Island to the confrontation of preservationists and animal rights activists over the fate of unique island species.