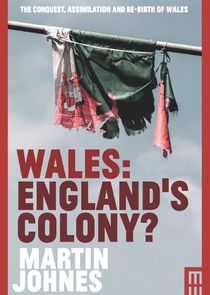 Wales: England's Colony? is designed to stimulate debate about the past story of Wales, and will also challenge the audience to think afresh about some of the future constitutional choices facing Wales as it leaves the European Union.

Focussing on how Wales' relationship with England has shaped both the nation's development and how Wales sees itself, the programmes will tell the story of an uneasy and unequal relationship between two nations living side-by-side. It examines Wales' story from its creation to the present day, examining key moments such as medieval conquest, industrial exploitation, the Blue Books, the 1919 race riots and the flooding of Cwm Tryweryn.

Historian Martin Johnes continues to explore the uneasy relationship between England and Wales across the recent past and the ways it has shaped the people we are today.