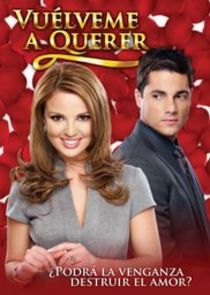 Vuélveme a querer (Return to Love) is the title of a Spanish-language telenovela produced by the Mexican television network Azteca. It stars Mariana Torres and Jorge Alberti as protagonists. It is a remake of Venezuelan telenovela Destino de Mujer in 1997, produced and broadcast by Venevision and starred by Sonya Smith and Jorge Reyes.