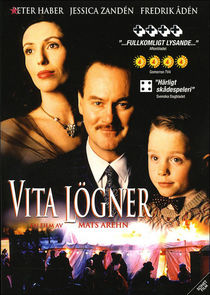 "Vita lögner" (White lies) is a Swedish soap opera that aired on TV3, (1997–2002). The plot focused on the social life of the hospital staff and families in the fictional town of Strömsvik. Vita lögner was TV3's first big soap opera hit after Kanal5 bought Vänner och fiender from them in 1997. Many big stars in Sweden have done roles in the show, among them Alexander Skarsgård, Petra Hultgren, Anna Järphammar and Maud Adams.

Two places are in focus in this soap. First of all the hospital clinic run by Göran Fridell, a doctor who can not take advice from others, including his wife Ingrid, who also works at the ...