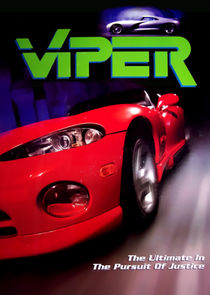 Viper was an action-adventure TV series about a secretive task force set up by the federal government to fight crime in the fictional city of Metro City, California, that is perpetually under siege from one crime wave after another. The weapon used by this task force is an urban assault vehicle that is disguised as a 1993 Flame Red Dodge Viper RT/10 Roadster and, later, a 1998 Cobalt Blue Metallic Dodge Viper GTS Coupe (which replaced the Roadster convertible). The series takes place in "the near future". The primary brand of vehicles driven in the show were Chrysler or their subsidiary companies.

In the near future, an organized crime group known as the "Outfit" has become a major force in America. Engineer Julian Wilkes develops a high-tech crime-fighting vehicle called the Viper, ...