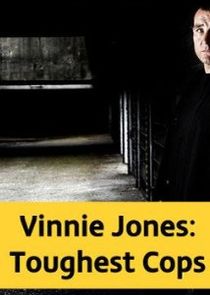 The actor and legendary football hard man Vinnie Jones presents an action packed series investigating the extremes the world's police forces have to go to maintain law and order on some of the toughest beats in the world. The programme features exclusive access to forces' operations, from drug raids to murder investigations, in places nobody has ever been so close to on British television. Each episode presents a police force from one of the world's most severe crime hot-spots; locations where the death of a police officer is not unusual. The series includes Kingston, Jamaica which has one of the highest murder rates in the world with one committed every 9 hours, and El Salvador, the smallest country in Central America, but one of the most dangerous in the world.