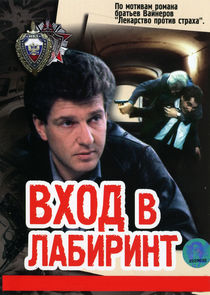 Main storyline occurs in the USSR in the 1980s - a detective story about scammers who, using a police identification card, break into the apartments of dishonest people and rob them under the guise of a search. When studying this case, investigator Muromtsev discovers a conflict between two inventors of miracle drug metaproptozole, called abroad as "medicine against fear". The professor does not believe in the existence of this drug because he did not succeed in inventing it himself. Therefore, he denies that his opponent Lyzhin, who is considered a kooky eccentric could invent such a drug. However, the criminals manage to poison the district plenipotentiary with this particular drug, after which they abduct the identity card and the government-issue weapons of the district police officer Pozdnyakov.

A parallel story tells about the life and tragic fate of the great physician and philosopher Paracelsus in the 16th century in Europe. In search of a mythical cure for all diseases, he makes discoveries, which form the basis of modern pharmacology. The life of Paracelsus is spent in constant wanderings.