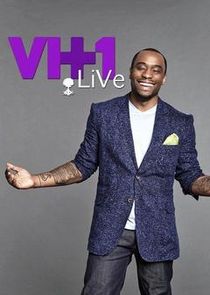 Political commentator, Morehouse College professor and award-winning journalist Marc Lamont Hill loves to converse about complex issues like race relations and Islamic terrorism, but it's his obsession with TV's ``Love and Hip Hop'' franchise and all-things Rihanna that forms the basis of "VH1 Live!". The weekly late-night talk show puts a pop culture spin on the hottest entertainment news and gossip, and Hill guides the conversation as host, using book smarts and North Philadelphia-born street savvy to infuse his opinions. The series is produced by the same studio behind Bravo's popular ``Watch What Happens Live'' and will incorporate a lot of the interactivity used on that Andy Cohen-hosted show by asking the studio audience and viewers at home to participate via social media.