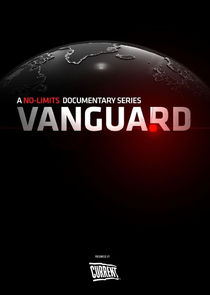 Vanguard is a television documentary series broadcast on the Current TV television network that reports on such issues as the environment, drugs and the effects of globalization and conflict. The focus of most Vanguard episodes is to explore and immerse viewers in global issues that have a large social significance. Unlike sound-bite driven reporting, the show's correspondents conduct interviews with affected peoples and the regions involved usually being led by a guide and translator who facilitates access. Since Vanguard's subject matter often involves exposés about organized crime, drug trafficking and armed revolts, the correspondents can face significant danger because of their reporting due to unstable political or security situations. Vanguard is notable for its presentation of criminals as unscrupulous. Police activity is presented in a sympathetic manner.

Cage Fighting in the USA

6x7: Cage Fighting in the USA

6x3: Under the Knife Abroad