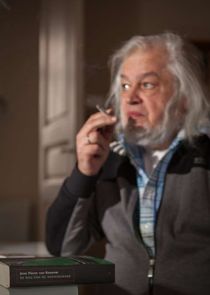 Enfant Terrible, stock market guru, master swindler, economist, politician, writer, painter, genius and rebel. Jean-Pierre Van Rossem kicks it with a lot of swagger, guts and a big mouth into one of the most discussed figures of the past decades. A fleet of Ferraris, castles, a mega yacht, tens of millions of dollars and a lot of female clean. He has it all in the eighties and nineties, but his empire collapsed and now his final verdict has fallen. Van Rossem gets the last word thanks to Peter Boeckx in this two-part document series.