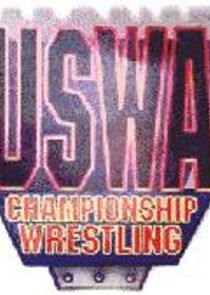 USWA Championship Wrestling (United States Wrestling Association) was a weekly TV show that featured some of the wrestling superstars at the very begging of their careers such as Dwayne "The Rock" Johnson who at that time was known as Flex Kavana. This promotion was active from 1986 to 1996 and Johnson appeared twice on their TV shows in their final year of existence before he changed his character name and went to the WWE, then known as the WWWF and then the WWF. He won 2 tag-team championships in the USWA both with his then partner Bart Sawyer.


Mark Calaway as The Master of Pain