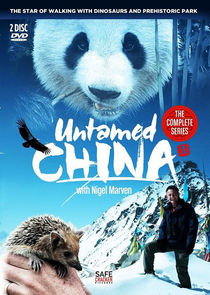 China is the fourth largest country on the Planet at almost ten million square kilometres and one of the most diverse. China's landscape are vast, varied, and spectacular with grasslands, deserts, mountains, and jungles. In this extraordinary series, wildlife adventurer Nigel Marven unveils creatures, scenery, and customs never seen on our screens before. On his incredible journey, Nigel crosses China's great deserts and encounters sand swimming snakes and the rare Bactrian camel. In its steamy jungles, he comes face-to-face with China's largest lizard and the world's biggest species of moth and in Sichuan's Heavenly Mountains he tracks down on of China's most captivating wild animals; the red panda and gets up close and personal with giant panda cubs at Chengdu's world-famous breeding centre.

1x2: Deserts of the North