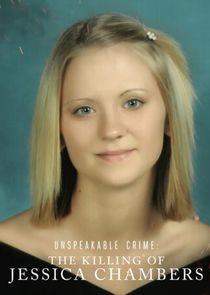 Unspeakable Crime: The Killing of Jessica Chambers is a active crime investigation docu-series takes a deep dive into the mysterious death of Jessica Chambers, the Mississippi teen who was doused with gasoline and set on fire in December of 2014. The series is inspired by the investigative journalism of BuzzFeed News' Senior National Reporter Katie J.M. Baker, who reported Chambers' story, uncovering developments and helping raise awareness about the case. The series looks at the mystery and unanswered questions surrounding Chambers' death, which has made it one of the most-talked about cases on the internet. In 2016, a grand jury indicted Quinton Tellis, 27, charging him with capital murder. Tellis has pled not guilty to the charge. A trial date has been set for October of 2017.

The Retrial: Will There Be Justice For Jessica?

One year after a bizarre mistrial in the Jessica Chambers murder case, attorneys battle in court for the second time over the fate of Quinton Tellis. Is he the man prosecutors say set the teenager on fire, or is he innocent of the crime?

1x6: The Retrial: Will There Be Justice For Jessica?

1x5: Chaos in the Courtroom

1x3: Racial Divide: An Issue of Black and White?