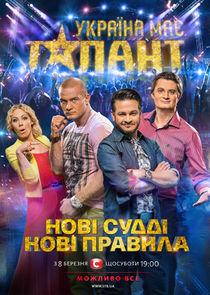 From the 4th season, viewers saw a change: in episodes of casting, and in the Live show has involved two stages for performances. The first - for classical performances, and the second - for extreme genres (parkour motokrossing and so on. D.), Which requires a large area and the possibility of additional cumbersome equipment.