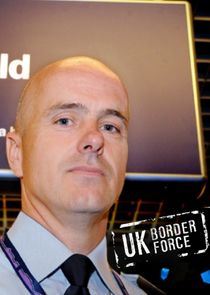 UK Border Force was a documentary series that focused on the work of the UK Border Agency and revealed the action behind the scenes of immigration.

The series followed officers at London Heathrow Airport and the ports of Dover and Calais. The series also followed enforcement teams operating within the UK to detect illegal workers and highlighted the work of entry clearance officers at British Missions overseas.

The programme shows the exploits and day to cay workings of the UK Border Agencyand how theg enforce immigration.