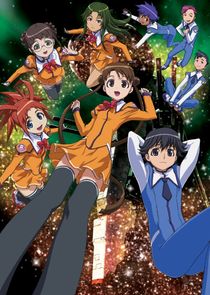 In the year 2167 AD, Earth was devastated by a powerful electromagnetic shockwave caused by a nearby star, Hydrus Beta, 20 light-years away, having gone supernova. Now it is the year 2356, 189 years after the shockwave and civilization has been rebuilt with humanity united together to face the coming of the second shockwave of the supernova. The second shockwave, unlike the first, contains a great deal of matter composed of the remnants of the star itself.

A Voice of Brilliance

1x26: A Voice of Brilliance