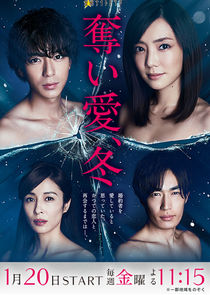 Ikeuchi Hikaru works for a design company in Tokyo and has a fiancé Okugawa Kota. However, her life suddenly changes with the appearance of her ex-boyfriend Moriyama Shin. She had once loved him to death but he vanished all of a sudden after telling her that they are breaking up. The feelings that Hikaru has tried to suppress are rekindled when she is reunited with Shin, who is in Tokyo for three months, and her heart seeks him even though he is now married with a wife, Ran. As this happens, Kota's love and jealousy deepens and he gradually turns into someone he hates.