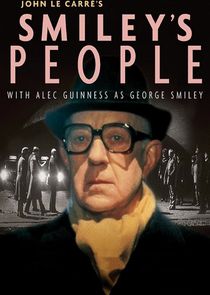 Adaptation of John Le Carré's novel, following on from the previous BBC adaptation Tinker Tailor Soldier Spy. George Smiley returns to the Game. A member of one of George Smiley's old networks seems to have caught on to something big. When he turns up dead the Circus asks George to tie up the loose ends with minimal fuss. But George Smiley does not like loose ends. Especially if they lead to the darkest recesses of the KGB - to Karla, the Sandman.

The murder of a Soviet defector forces his old handler, British spymaster George Smiley, out of retirement. His investigation leads to an old nemesis, the Soviet spymaster known only as "Karla". This will be their final dance.