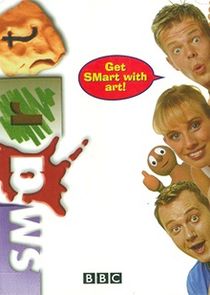 SMart was a British CBBC television programme based on the subject of art, which began in 1994 and ended in 2009. The programme was recorded at BBC Television Centre in London, previously it had been recorded in Studio A at BBC Pebble Mill in Birmingham. The format is similar to the Tony Hart programmes Take Hart and Hartbeat. The show was revamped into an hour-long show in 2007; it was previously a 25-minute show. The 'older' 25 minute shows from 1994–2005 (it didn't appear in the 2006 series) also featured Morph, originally from Take Hart. It has 199 episodes. CBBC last aired SMart on 11 August 2011.