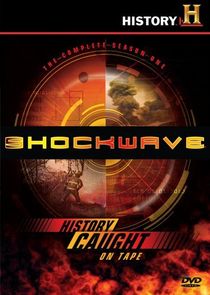 Nothing makes for more exciting television than seeing history captured as it happened, whether by home video, cell phones, surveillance systems or the occasional lucky news cameraman. Shockwave -- a new groundbreaking series taking the best raw footage of catastrophic, headline-making events from all over the world--uses the latest in graphics technology to dissect the video, revealing astonishing 3-D views and showing what really happened. From the catastrophic bridge collapse in Minneapolis to the explosion aboard the USS Forrestal, we take an in-depth look at the stories behind the headlines and introduce you to the people who conquered tragedy with their incredible human spirit.

The cause of some of the most dramatic disasters ever caught on tape are explained.