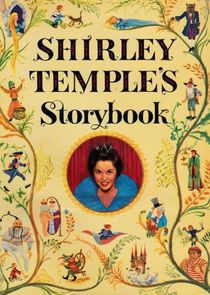 This was a very popular show which brought back Shirley Temple in her adult life. Shirley was the narrator and would introduce the show for the evening. These stories were most often a version of a fairytale. At times, Shirley would even act in them. Her children also made appearances. Television opened up a whole new generation to her and her movies. Four of her childhood movies were put on television, Wee Willie Winkie, Rebecca of Sunnybrook Farm, Captain January, and Heidi. Shirley Temple mania started all over again! These compare favorably to Shelley Duvall's fairy tales and had the wonderful advantage of showing a grown-up Shirley Temple.

2x24: The Princess and the Goblins