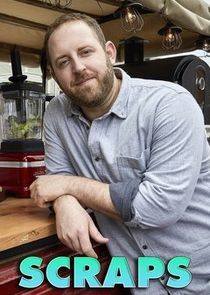 FYI is partnering with Sur La Table to produce the new culinary series Scraps, where national Sur La Table Chef Joel Gamoran travels across the U.S. creating incredible feasts in unexpected places, using the most out-of-the-box ingredients – food waste and scraps. Each episode of SCRAPS will follow Chef Joel to a new city where he partners with food waste champions to celebrate the local cuisine and create a delicious meal with food items many consider to be waste, like banana peels, shrimp shells, chicken bones and carrot stems. The pressure will be on as Joel will have less than a day to source ingredients, build a full menu and create a meal for an outdoor dinner party. From roadside foraging, to chocolate roasting, to oyster hunting – viewers will follow Joel on a one-of-a-kind food sourcing adventure in his refurbished 1963 Volkswagen bus, which doubles as his mobile kitchen.

The new KitchenAid® Artisan® Mini Mixer, Stand Mixer attachments and high-performance Pro Line® Series Blender will be used in the series to make everything from fresh pasta to veggie noodles and more.

Joel breezes his way toward the rolling farmland and quaint shores of Lake Champlain in Vermont, reuniting with his culinary mentor, Sally Hiebert. The food waste champion and season one co-host has returned with even more scrappy tips and tricks up her sleeve. After receiving a hands-on lesson in the art of "cheddaring" and digging through the dirt of a pastoral farm, Joel and Sally find themselves with some unusual scraps–squash guts and whey. Can the chefs transform these ingredients into a gourmet dinner menu? And more importantly, can they win over the pickiest of picky eaters–teenage high schoolers–and get them to hop on the Scraps bandwagon?