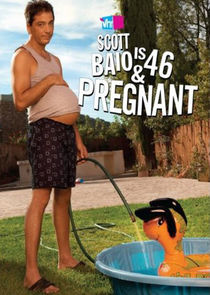 At the end of season one of Scott Baio Is 45...and Single, Scott revealed to his girlfriend Renee that he was finally ready to get married. Renee delivers some shocking news of her own -- she's pregnant. Scott's world is instantly turned upside down. On the advice of Doc Ali, Scott joins a Daddy to be class, which sends him on a quest of accomplishing life tasks in preparation for impending fatherhood. Between hiring baby nurses, wedding planners, buying a bigger house to accommodate his growing brood, Scott is confronted with immense life changes. Scott is more than a decade and a half behind his peer group - most men his age are sending their kids go off to college, having affairs, and buying convertibles. Instead, Scott Baio Is 46...and Pregnant.

End of an Era

2x8: The Road to Responsibility