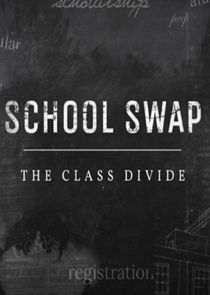 This two-part documentary features a comprehensive headteacher and three pupils swapping with their private counterparts to find out if public schools give you a first-class advantage, and whether a state education really means second-rate.

In a unique experiment Jo Ward, the head of 700-pupil state secondary Bemrose School in Derby, takes three of her pupils - Brett, Nazh and Qasim – to meet Mark Mortimer, who runs 400-pupil Warminster School, a private boarding establishment, and three of his own pupils - Xander, Katy and Jon.

With GCSE A to C grade pass rates of under 50 per cent and an admissions policy that means more than half of new students don't speak English as their first language, Bemrose could be said to be a typical urban comprehensive. And with annual boarding fees of more than £27,000 and a dozen tennis courts, Warminster fits the perception of many fee-paying independent schools.

This programme provides a close insight into the perceived educational gulf between the two schools, the attitudes of the students and their teachers towards each other, and asks whether a private education is a ticket to a top job later in life.

In the second episode, Jo and her state school pupils get a taste of how the other half learn when they visit Warminster School for the week. Brett admits he is nervous about going to the prestigious boarding school but says he sees it as an opportunity.