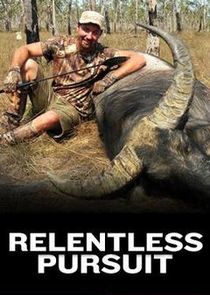 Get ready for another hard hitting season of America's number one bowhunting show Relentless Pursuit. Join in as Tim Wells releases episode after episode featuring incredible shots on everything from hogs to frogs. You'll see stars from the NFL like the Viking's Jared Allen, Boomer Grigsby, and Green Bay's Bill Schroeder. As a bonus Tim will be spear hunting some of the planets most elusive beasts. Who will get it first, man or beast? Watch Relentless Pursuit to find out whose next! You won't want to miss a single episode of "Relentless Pursuit"!

The Wells gang fills the freezer with the elusive whitetail. A dab of humor thrown in for spice.