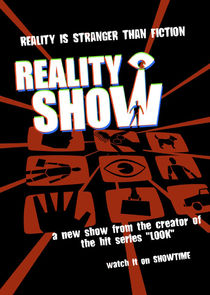 Reality Show is a darkly satirical, miniseries, it follows Mickey Wagner, a down on his luck reality show producer, as he crafts a sensational comeback. Fed up with how staged and phony reality shows are, Mickey's hatches a revolutionary idea to pick an average American family and put them under all-encompassing surveillance...without the family's knowledge. The concept is to let real life unfold before the cameras. However, the family is numbingly boring. And the studio wants more sizzle. So Mickey starts to introduce drama into the unwitting family's lives. Temptation to cheat, drinking, work problems.... chaos ensues. Everything unravels in a big, big way with shocking consequences.

It's Not What You Think It Is